By Stephanie LowNovember 27, 2018No Comments

Why Ex-Singapore Idol Contestant, Haneri, Moved To LA For Her Music Career 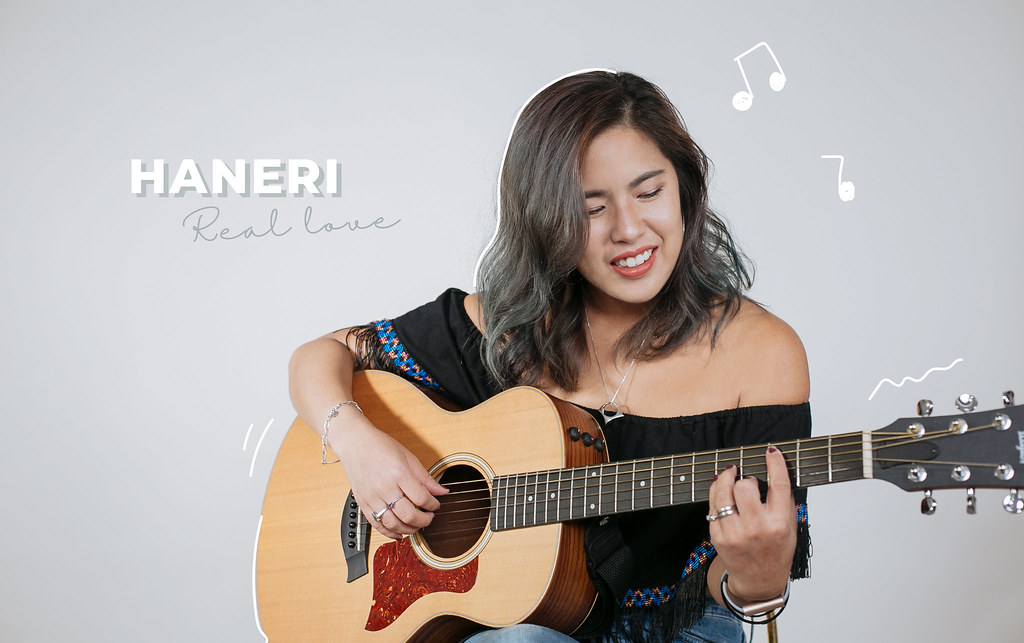 If like us, you spent your childhood years watching Singapore Idol, this songstress should be no stranger to you. We had Haneri (formerly known as Daphne), over at the office recently to find out more about her music career since making her debut on Singapore Idol, as well as to perform her latest single ‘Real Love’!

Changing Her Name to Haneri

Haneri (a Hawaiian translation of her Chinese name) actually decided to change her name last May as a way to freely express herself. She realised that throughout her life, the things she went through had given her the ability to encourage others to face the challenges in their lives.

Having been brought up in Singapore however, where we’re told we shouldn’t air our dirty laundry in public, Haneri never had the courage to talk about any life struggles that she had previously faced with her audience.

“There’s a dire need for the media to be more real,” she shares. “Even now when it’s way more accessible so people have a harder time to fake their emotions, it’s still doable. You can still hide behind your screen and say that you are fine but the truth is that someone is always going through something,” she added. With that, embracing this alias name has helped Haneri become more open to who she is and what she’s experienced in life.

Growing Up With Music

Growing up, Haneri recalls her mum always playing music in the car and at home while her dad built a little music room in their home in Australia. If there wasn’t any music, she could be found humming to herself or playing records in the music room.

“My mum grew up in a record store because my grandfather started his business as a record store owner,” she explains. “They played a very big mix of genres, from the popular Whitney Houston to some jazz like Nat King Cole and Frank Sinatra,” she described. But Haneri’s passion for music really grew when she moved to Singapore, where everything she fell in love with all the pop music she heard on the radio.

On Wanting To Be A Singer

“I was born with the microphone in my hand and I’ve pretty much been singing since the time I could talk. It was almost annoying at some point and my sisters would kinda run away from me when I started singing,” she laughed.

Haneri started recording her first demo when she was 8 on a little tape that her grandfather had given to her. But even at that point, she explained that she didn’t even realise that she was songwriting and it was just her way of expressing herself and her love for music.

On Living in Los Angeles for 2 Years

Living primarily on the East Coast and attending school in Boston, Haneri never wanted to move to Los Angeles, but it’s the place she eventually met the love of her life. “I think it’s something that grounded me in ways that I never understood before. Love or the idea of it was something that I had always wanted, but I never wanted it more than my career or the idea of travelling. I loved my independence more than wanting a companion,” she explained.

It was also through living in Los Angeles that Haneri realised the price to attain Miley Cyrus or Charlie Puth fame was something that she was not willing to pay. “I still really wanna win a Grammy and I still want a lot of things in my career but I realised I don’t need the fame and the fortune. It would be nice but it’s not something that I’m like, wah die die must work towards because it requires too many sacrifices.”

Haneri then moved on to talk about her latest single Real Love (which the DC Office had on replay the entire day). She wrote the catchy tune when she got dumped on her birthday, which got her thinking about her love for her dog, Snowball.

“I like writing happy songs and I wanted my next song to portray the idea of love that you have when you are a kid–unfiltered and unapologetic, which is what I had with Snowball,” she shared.

Having a pet is not something you can get rid of when you are not happy with it, which was the kind of attitude she used to have with love and relationships. She revealed that building a relationship with Snowball, a pet she could not give up on, also taught her to be resilient in the way she approaches love.

The Evolution of Haneri’s music

“My music is definitely a lot of refined now. A big challenge that a lot of artists face is finding their sound and the thing that is going to define them or set them apart from other artists,” she pointed out. She also discovered that she spent too much time worrying about achieving that sound instead of just practising. So after making a bunch of records and EPs, she realised that her musical identity came from the messages and meanings behind her songs.

“It took me many years of writing random rubbish that never saw the light of day and playing a lot of shows, to realise that the messages in my songs are what I stand for in my life and what is important to me,” she added.

Haneri’s latest single, Real Love is now out on Youtube, Spotify and all other music platforms so do check this quirky and catchy tune out!

Interview: Meet The Founder Of This Socially Responsible Nail Salon In Singapore

Interview: We Learn How To Make The Most Of Our HDBs

Andrea’s Herb Garden – What To Grow For Singapore’s Weather

Interview: Meet The Founder Of This Socially Responsible Nail Salon In Singapore

Interview: We Learn How To Make The Most Of Our HDBs

Andrea’s Herb Garden – What To Grow For Singapore’s Weather