What 6 Months In Cambodia Taught Me About Kindness And Privilege

As a person who finds joy in new experiences, this circuit breaker period has been a mixture of regret and self-pity. A cancelled student exchange to Korea and scrapped concert dates (when will I ever see you in person Khalid?) were among the events that have been deleted off my phone calendar. As expected of my Gen Z self, I went off on countless lamenting sessions over text. But an Instagram notification that innocently read “See your post from 3 years ago today” led me down a rabbit hole of old photos from Cambodia, where I dwelled for six months.

If you think this is going to be about an eye-opening mission trip that I so benevolently volunteered for, then thank you for thinking so nicely of me. Unfortunately, you are in for a disappointment — I did it because it was easy.

It was a decision born from impulse

As a polytechnic student in her last leg of her diploma, I needed to clear a semester-long internship. Wanting to escape from the stifling Singaporean “work-sleep-work” routine, I decided to pursue an overseas opening. But all opportunities in countries like Japan and the US came with a sign-up list of bright aspirational talents. I felt my motivations were too dim of a light to compete with them. Thus I settled for Cambodia, the country no one wanted.

In fact, in the initial opening, I was the only person who signed up for this position. In hindsight, I could see why: the pay was bad, the job scope wasn’t mindblowing, and no one knew the digital agency by name. But I’m known to be a act-first-oh-shit-later person, and went into the interview without even knowing where Cambodia, Phnom Penh, was.

The process was exactly what I wanted: easy, and I thought it would be the same for the next six months. I was also granted greater assurance when my friend decided to embark on this half-year journey with me. I mean, overseas with a friend for six months? It’s almost like a long vacation together. 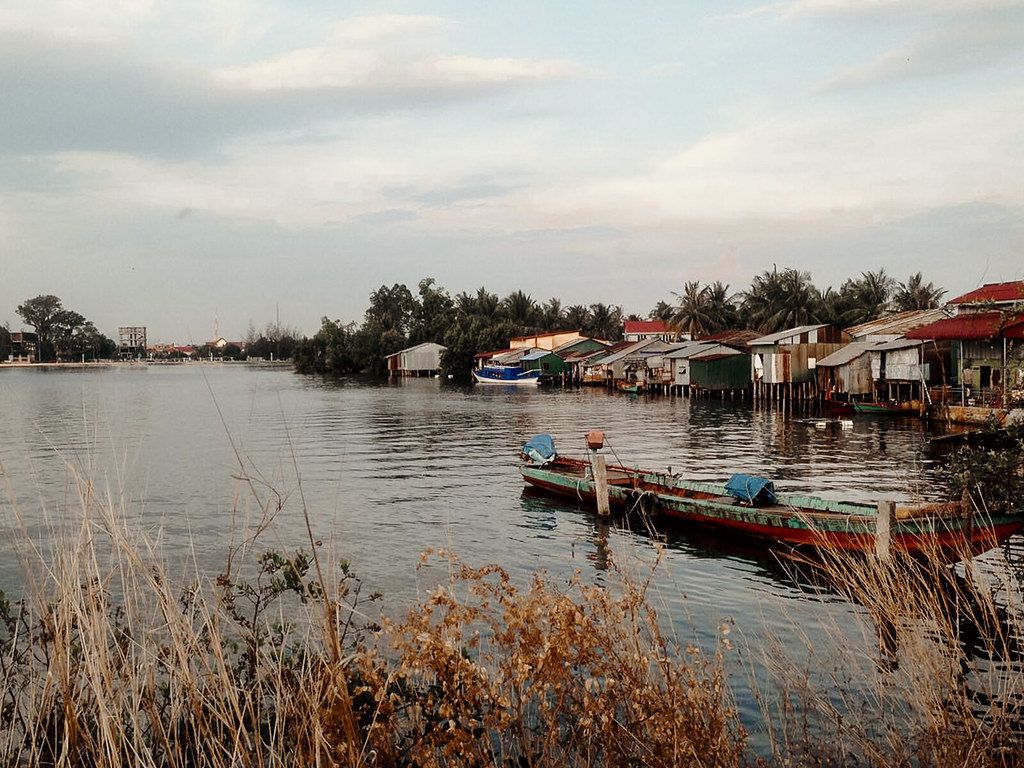 Except, this ease was naivety afforded by my middle-class privilege

What was my first thought when I landed in the city of Phnom Penh, realised that the airport was smaller than most malls in Singapore, that cars were a luxury, that my tuk-tuk driver warned me to hold onto the luggage in case it got stolen on the way? Oh shit.

In the first month, all of the following has happened: daily tear fests with my friend, a snatch-thief encounter, blacked out from drinking and woke up iPhone-less, becoming a serial killer of countless cockroaches and ants. If I were given a choice to return to Singapore, I would have accepted in a heartbeat. I did not even fully unpack my suitcase because I was that ready to bolt at a moment’s notice.

All I did was blamed the country when I did not care to learn about it before I came. I knew the risks of drinking in an unknown country, yet I risked it for a night of 2-dollar shots and bad EDM. All I could do was compare it to what I was used to, peppering my headspace with variations of “it’s not like this in Singapore”.

In retrospect, my middle-class lifestyle created a “victim mentality” that caged my thoughts. I was comfortable enough to afford necessities with occasional luxuries, but not rich enough where I could stop chasing for a better life. I focused on what I did not have rather than what I did. It was a horrible mentality. Truth be told, I was entitled. I hated facing the fact that I was in a country faced with more turmoil than I ever had.

I saw children on the streets scampering about selling tissues and adults dressed tatteredly begging on the dirtied streets. Yet all I could see was how pitiful I am. It felt almost pretentious for me to think “I feel bad” while I slept comfortably in a safe neighbourhood with air conditioning.

People I met in Cambodia constantly advised me not to hand over any cash to those who asked. They said that the money would not go to them, but to a ‘master’ that they reported to. It simply couldn’t be helped, and we should just ignore them. But when I turned a blind eye to a child holding onto my sleeve, or broke eye contact away from the poor mother, with a babe in arm, did I truly believe in that sentiment? Or was I just glad there was a reason to not feel guilty? 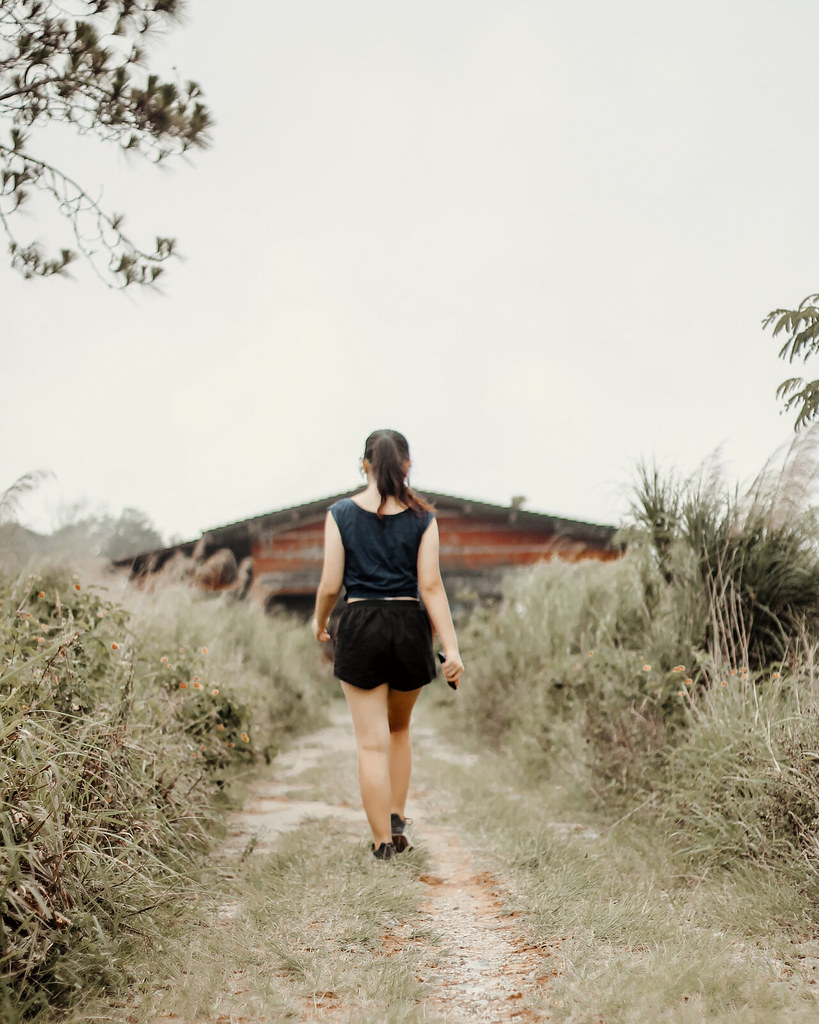 In Resignation, I Found Solace

No, I did not resign from my job, but resigned to my “fate” in sunny Cambodia. Overdramatic, but I’m a Libra and a literature major for a reason. When I came to terms that I should make the best of my experience rather than moping around… I still complained a lot but tried to plan something to look forward to every weekend. And it got better, for myself.

There were so many unexpected hidden gems in this city that I had so much apprehension for. From a gaming cafe (complete with a PS4, board games, fast WiFi) to a speakeasy bar hidden behind a Coca Cola machine, Phnom Penh was the epitome of a diamond in the rough.

But Most Remarkable of All Was Their People

The locals exuded friendliness and warmth when they greeted you. Their willingness to talk in a foreign language was admirable. Even when faced with the classic expat nastiness, they accepted it all with a smile. There were so many instances where I see locals relishing in the simplest of delights: picnics on concrete, tuk-tuk drivers eating ice cream while waiting for customers, daughters clinging onto their fathers as they navigated the congested streets.

There was something metaphorical to how the city was — a roughened superficial that masked unexpectedly beautiful places and people. I felt almost special for knowing the “real” Phnom Penh. For being able to see past its “third world situation” for its gems underneath. To be part of the world that did not scorn the living conditions. 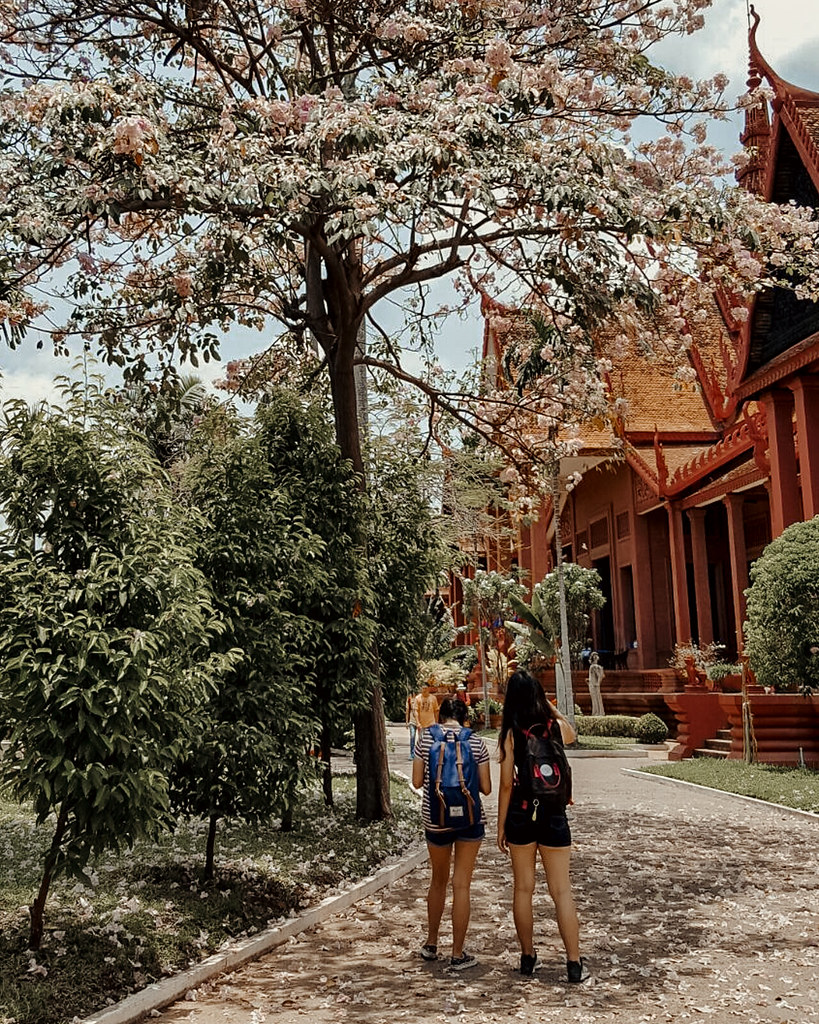 But That Solace Was a Superficial One

I soon realised that none of these stunning cafes and rooftop bars was populated by the locals, but by foreigners.  Seeing the segregation between locals and expats, I realised that I had stepped into a mirage. Beneath this glamourous party life was suffering and poverty covered up haphazardly by ignorant expats looking for cheap entertainment. I was part of that crowd that willfully neglected its problems.

I only came to realise how privileged and ignorant I was when I left a club in the wee hours of the morning. There was a food truck right outside. A foreign man, a bit buzzed himself, offered fries to a bony boy who had come to sell his tissues, and coaxed him to take a seat for a bite. Initially filled with cautious hesitation, the boy began childishly wolfing down his meal. Seeing this transformation in the child led to a revelation. There was a way to gently help despite circumstances — I was just too wrapped up by my own selfishness to care.

Phrases like “I feel bad” when deconstructed, are bland and meaningless. Do we just say it to show that we are empathetic? It made me question whether our guilt for people suffering in the world was a performative one. I cared more about how charitable actions reflected on me, more than I cared for how it would impact them.

But that’s the thing about humans, isn’t it? Our composition and understanding of the world are derived from our own thoughts. We navigate our social standing through our own coloured lens. Personally, I find selfishness natural. But it is because of this inherent nature that proves the importance of kindness. Kindness births from cultivated and thoughtful action. It is the understanding that you can evoke change that does not stem from selfish reasons.

But Did This Sentiment Truly Register With Me?

It is easy to forget this revelation as time passes. After three years, my self-entitled reasoning has slowly seeped back into my mind. It was obvious from the way I focused on the could-have-beens than what I had.  Is it alright for me to whine about not seeing Khalid this year, but also be self-aware that it comes from a privileged standpoint? I guess the first is the natural instinct, but the latter should be what I strived for. Instead of, “my life sucks because this happened”, I should instead foster a different approach: “my life might seem to suck now, but I know there are many other things that are great too.”

Perhaps this is what it means to act consciously within a privileged space: to try our best not to fall back into the comfort of ignorance and strive towards spreading kindness. So here is my resolution to nurture a more mindful headspace, to acknowledge that I am privileged, to constantly look beyond my inherent selfishness and explore how I could be kinder to the world.

What My Closet Cleanse Taught Me About Letting Go

What My Closet Cleanse Taught Me About Letting Go