Once I got past the whole how-do-online-meetings-work phase, Zoom meets and video calls have become so convenient that I’m beginning to wonder why we took so long to make it a thing. One of the best things about online meetings is how easy it is to “get ready” for work. Fact: we’re never getting over easy beauty. In fact, something tells me Zoom beauty will be the way of the future — and we aren’t complaining! Since we’ve been back to working from home, it’s a good time for another beauty round up of the best work-from home makeup for ‘amping up your video calls in double time! 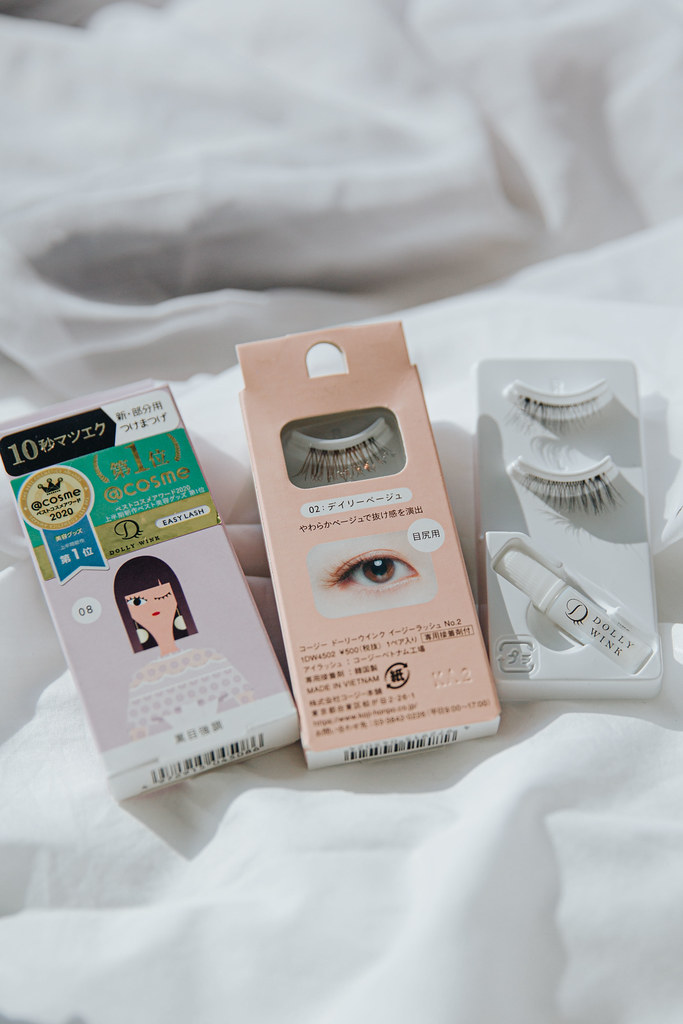 Let your natural lashes take a breather while staying in and bring back the good ‘ol false lashes. From the creators of one of our cult favourite falsies of 2010s, the new Dolly Wink Easy Lash (S$8.90) range tops its own game with 16 different lash sets for every look you need (and want) to pull off. The range features 2 types of half lashes, designed to blend seamlessly with your own lashes for terrifically natural, weightless volume. Go with the Centre Lash design for bigger eyes/fuller lashes, or pop on the Tail Lash design for a doe-eyed/cat-eye effect. Each pair of Dolly Wink’s Easy Lash falsies can be reused (up to) an impressive 30 times with proper care — which is nearly equivalent to the general lifespan of lash extensions *wink*!

Psst: For added fun beyond the classic browns and blacks, play around with Easy Lash’s selection of pink, navy grey and beige lash sets.

Dolly Wink’s OG liquid eyeliner (for a blast from the past, it’s this one) was the ride-or-die back in the day. Here’s the upgrade you didn’t know you were waiting on. Dolly Wink’s My Best Liner (S$22) series features an ultra precise 0.1mm brush tip, quick-drying formula and super waterproof wear. The improved formula is also infused with 5 moisturising beauty serum ingredients to nourish and protect your eyelids, while delivering the same intense pigment we fell in love with. All things aside, the formula is just as easy to remove as it was before and comes off clean with warm water and facial wash. 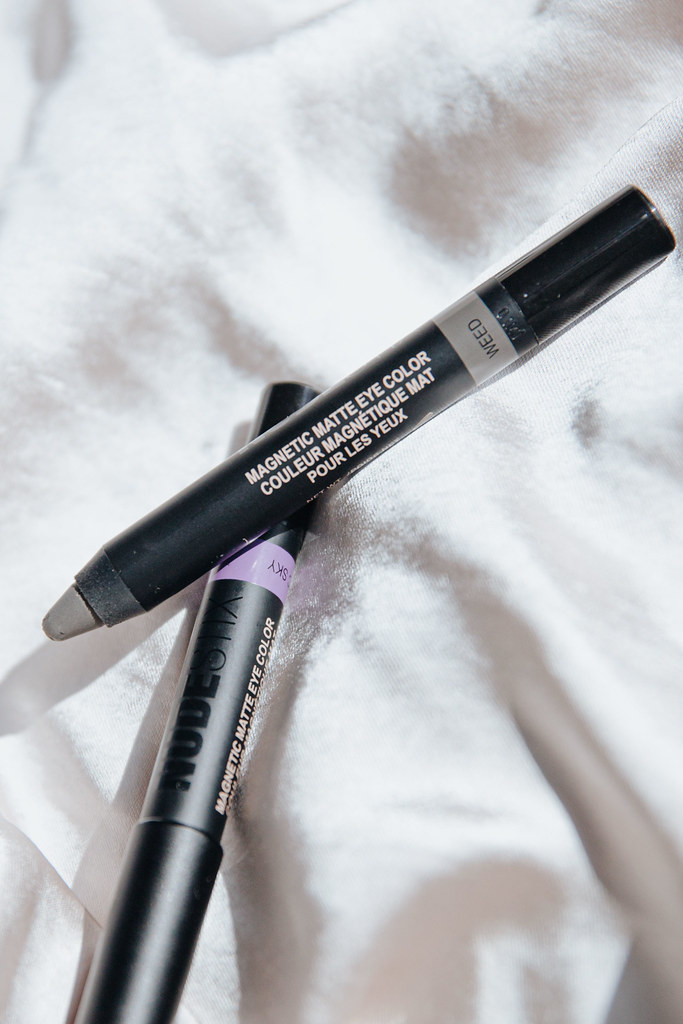 Nudestix has been dreaming up high-performing multitaskers long before #ZoomBeauty was a thing. The Magnetic Matte Eye Colour Sticks (S$42) are a triple threat. These handy 3-in-1 pencils can be used to prep, prime, colour and define. An eyelid primer + eyeshadow + eyeliner in one, Nudestix’s long-wearing eyeshadow sticks promise vivid pigment and ultra-resistant wear (for up to 9 hours) — to cruise you through all those back-to-back work meets! 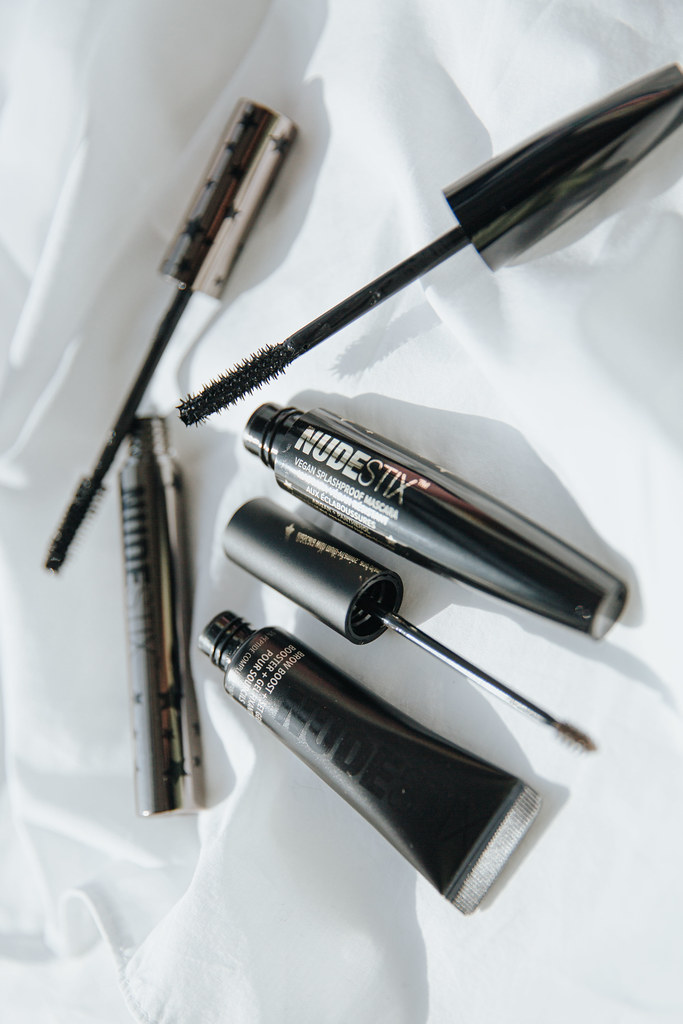 If you prefer sticking to just essentials for your Zoom beauty looks, this is the ultimate duo for keeping your brows and lashes looking snatched. Nudestix’s Brow Boost & Set Gel (S$45) is a non-flaky clear gel that grooms, fluffs and sets your brows while *also* caring for them in the long run. The advanced formula features a 5% Peptide Complex and Panthenol to stimulate keratin, strengthen hair and boost overall hair density in 4 weeks. A true all-rounder.

Because few things pair as well as slick brows and lashes: Complete the look with the Nudestix Splashproof & Lengthening Mascara (S$45) that’s waterproof, sweat-proof and powered by lash-loving vegan actives. Think a nourishing blend of Argan Oil, Mango Seed Oil, Rice Bran Wax, Bamboo Extract and potent multivitamins. Plant-based wax makes for a gentler formula that won’t clump or smudge and removes like a breeze! For the most effortless fluffy and fluttery lashes yet!

All About That Base 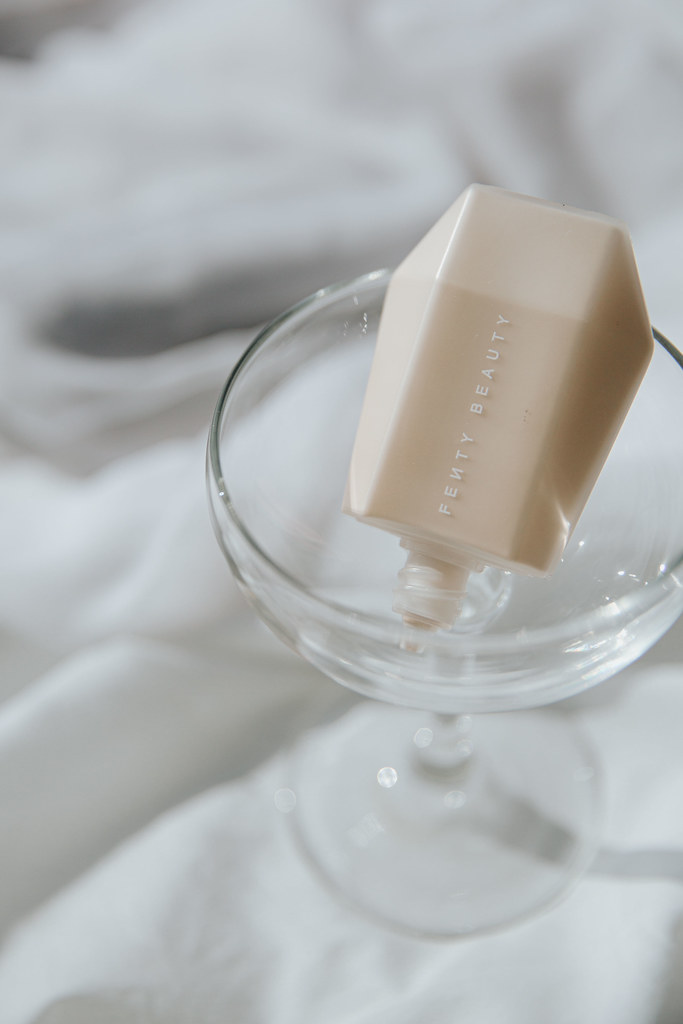 One of our favourite things about work-from-home makeup is dressed down skin that starts and ends with a good base. Fenty Beauty’s newest skin blurring tint is an instant perfecting complexion enhancer that’s really made for good skin in a flash before you hop onto work calls. Eaze Drop (S$45) features a buildable light to medium coverage, a hydrating QuickBlur complex for smooth and diffused skin, plus durable humidity, sweat and transfer resistant wear. We like how you won’t have to worry about finding a brush/sponge/applicator for this too — the lightweight formula applies wonderfully with just fingers! 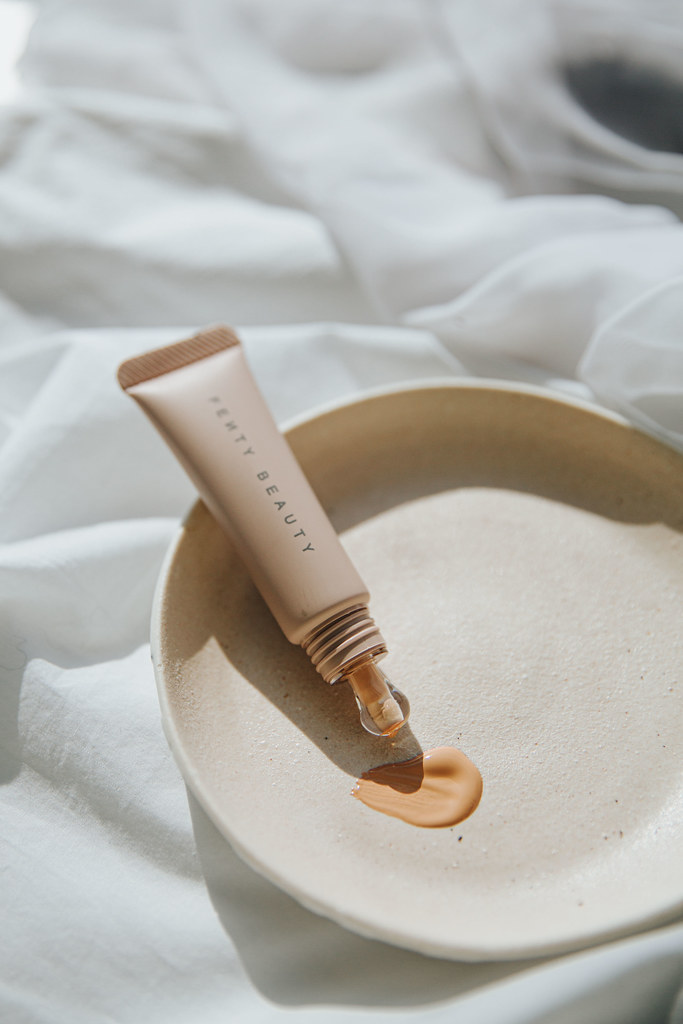 The Bright Fix Eye Brighter (S$37) is — in a punny way — quite an eye opener. An ingenious under eye illuminator/concealer hybrid, this nifty tube hydrates, brightens and conceals. Powered by HydraBlend Complex, Bright Fix brightens and blurs with sheer to buildable coverage for an instant panda eye fix. If you’re not a fan of overly-concealed under eyes, this silky serum-like fix delivers a comfortable, second-skin I-just-had-8-hours-of-sleep fix. But don’t underestimate the lightweight formula. Bright Fix covers up enough on its own and stays put. Crease-free, humidity-proof, sweat-resistant and 100% running late friendly. A melty dream.

A post shared by FENTY BEAUTY BY RIHANNA (@fentybeauty) 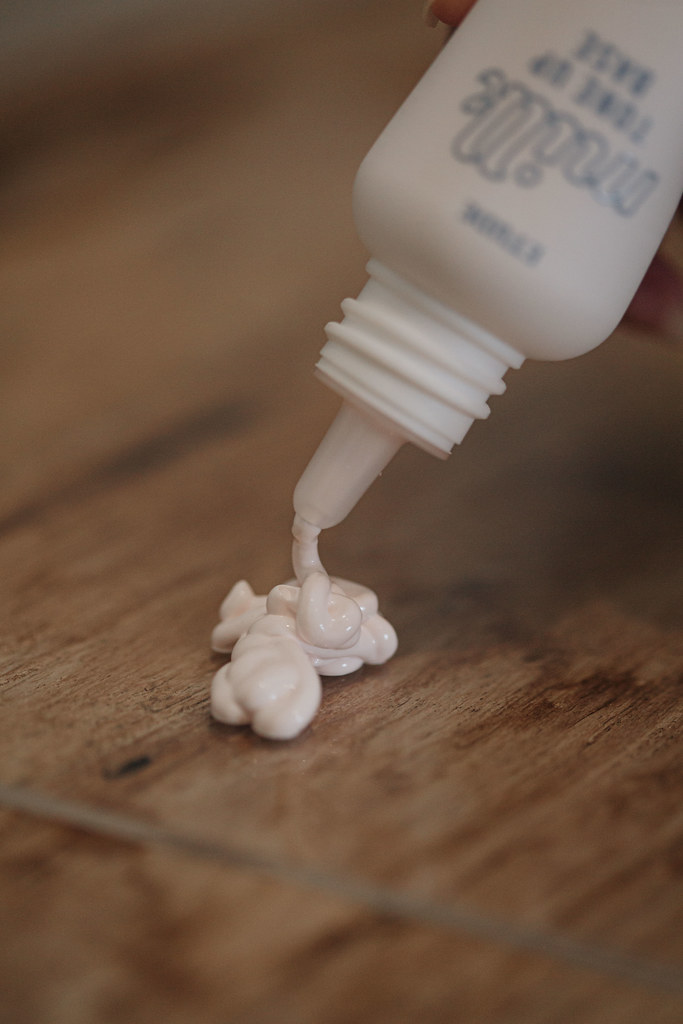 Makeup bases do the trick for foundation free days. Etude House’s Milk Tone Up Base (S$22.90) is a brightening prep/prime that both illuminates and protects — with whitening, anti-wrinkle and UV protection properties. The lightweight formula smooths and hydrates, while correcting dull skin and uneven skin tone (redness, dullness, yellowness etc.) Another one to pop on for instantly clearer and more lucent skin in double time! 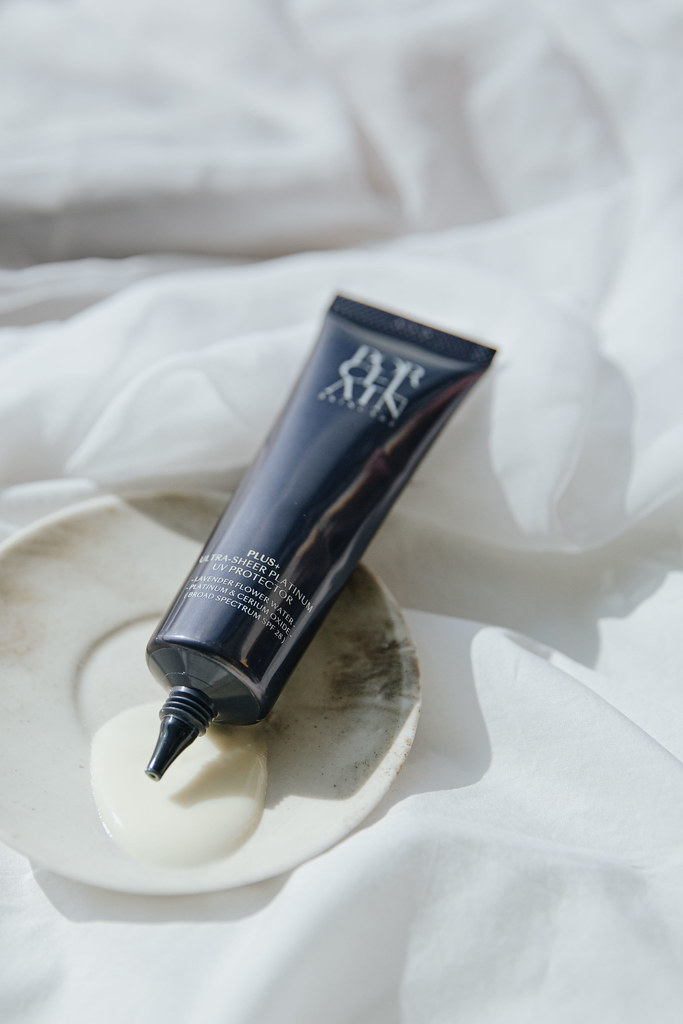 A Pop Of Colour 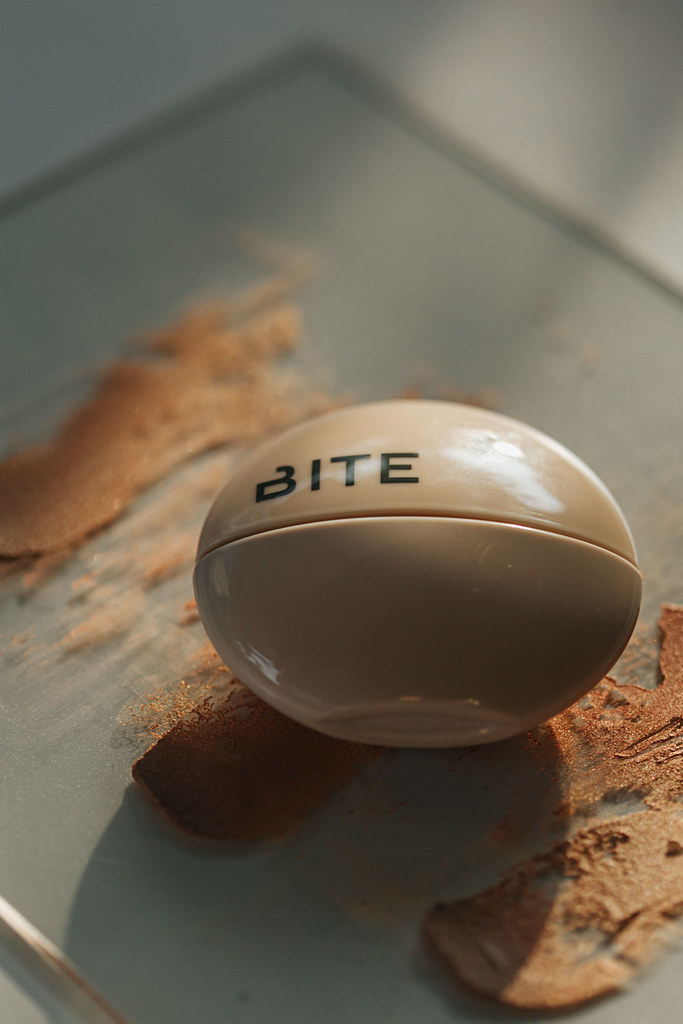 Here’s one for that vacation glow! In case you haven’t heard, BITE Beauty finally hit local shelves this year (following the brand’s resurgence in 2020). Apart from serving up some ultra chic aesthetics, BITE’s Daycation Whipped Cream Blush (S$50) is a long-wearing, buttery blusher for sun-kissed cheeks. Made with Papaya Extract, the lightweight formula delivers a natural, easily buildable lit-from-within flush that lasts. Think all-day, fade-resistant wear that won’t cake. We love how easy it is to use this blush for all-over colour too; pop Daycation on your eyelids for all round rosiness! 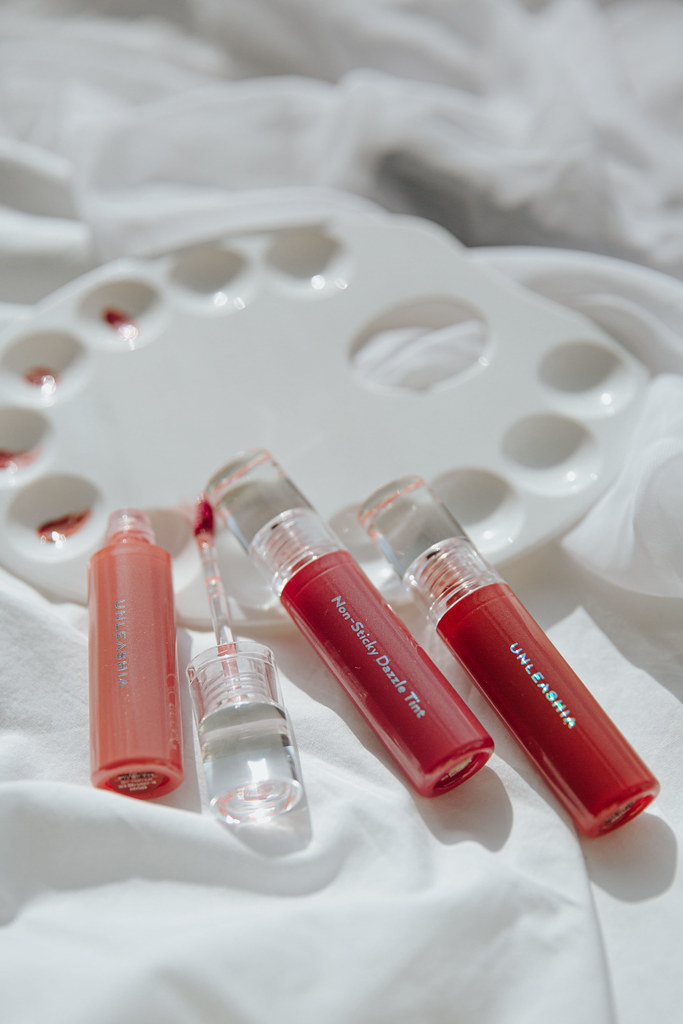 If you’ve been staying away from glossy lippies (or lipsticks altogether) since masking up, virtual work calls are the perfect opportunity to pull them out again! Unleashia is a unique player to watch in the K-Beauty game. The 100% vegan and cruelty-free brand (they are also a member of PETA) specialises in glitter-based beauty, using only biodegradable glitter. Unleashia’s Dazzle Tint (S$23) is a water-based tint brimming with fine pearl glitter for a soft, iridescent finish. The non-sticky formula promises a long-lasting dewy glow without being a glue trap for your hair. Time to dive back into the glass lips game!

How To Use Setting Powder Like A Pro, From Emergency Beauty Fixes To Fluffier Lashes

Stay At Home With: Benjamin Kheng And Naomi Yeo On Married Life And Staying Creative In Isolation

How To Use Setting Powder Like A Pro, From Emergency Beauty Fixes To Fluffier Lashes

Stay At Home With: Benjamin Kheng And Naomi Yeo On Married Life And Staying Creative In Isolation